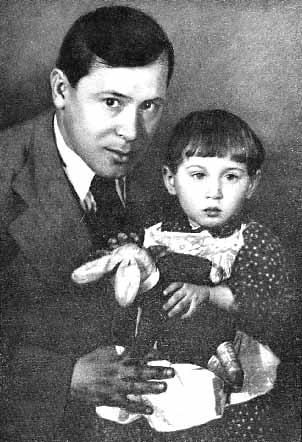 Musa Mustafovich Zalilov (Jalil) was born in Mustafino, a village in Orenburg Governorate on 1906, February 2 (15). Mustafa Jalilov, father of Musa Jalil, was at pains to make the lives of his family, less severe, but it did not work. On several occasions he had to sell a plot of land in the village and move to the city in search of work and food, then again in the village, in the hope that agricultural work will bring rich fruits. But the family of Musa Jalil before the revolution and didn't recognize what it is to live, not needing anything. Yes, and after the life of the poet has not spoiled, but he never complained about it, with tremendous force of nature.

Musa Jalil was given in madrasas. He loved poetry of Gabdulla Tukay, reading and remembering all of his poems which he could find.

He became a Bolshevik activist in 1919. He joined an underground cell of Komsomol, the Bolshevik youth organization, in Orenburg, which was at the time still under royalist control. Working in clandestine conditions during the Russian Civil War, he obtained training as a propaganda officer, where he used his writing skills in the service of the revolution.

He rose through the ranks in the Komsomol and moved to Moscow.He attended the University in Moscow and became a respected intellectual whose poetry was acknowledged by the people, as he wrote about the struggle of the Soviet common man. In 1922, Musa, along with other Tatar poets moved to Kazan. In Kazan, Jalil worked as copyist for the Qızıl Tatarstan newspaper and studied at rabfak of the Oriental Pedagogical Institute. He became acquainted with Tatar poets such as Qawi Nacmi, Hadi Taqtash, and Gadel Qutuy. In 1924, he became a member of the literary society October, backing Proletkult. Since that year, his poetry turned to the Tatar folk verse. His first collection of verses, Barabız (We are going) was published in 1925. One concept that the verses dealt with was pre-revolutionary life.

During 1925 and 1926, Jalil became an instructor of Orsk uyezd Komsomol cell. In 1926, he became the member of Orenburg governorate Komsomol committee. In 1927, Musa moved to Moscow, where he combined his study in the Moscow State University and job in Tatar-Bashkir section of the Central Committee of Komsomol. In 1929 his second collection, Iptashka was published. Living in Moscow, Jalil entered the Moscow Association of Proletarian Writers; he became its third secretary and a leader of its Tatar section.

In 1931, Jalil graduated from the literature faculty of Moscow University. Until 1932, he was a chief editor of the Tatar children's magazine Kechkne Iptashler, which was later renamed to Oktober Balasi (Little Octobrist). Then, he managed the section of literature and art in the central Tatar newspaper Kommunist. In 1934, Musa Jalil published two collections. The first of them, The Millions, Decorated with Orders was devoted mostly to youth and Komsomol, whereas in the second, Verses and Poems, was a general compilation of his writing.

In 1935, the first Russian translations of his poems were published. In 1939 and 1940, he served as the chairman of the Tatar ASSR Union of Writers.

After Nazi Germany's invasion of the Soviet Union in June 1941, Jalil volunteered for the Red Army. Graduating political commissar courses, he arrived at the Volkhov Front and became a war correspondent in the Otvaga newspaper. Jalil also wrote verse, which was at first patriotic but later evolving into lyricism concerning war and people experiencing war.

His talents were seen as too valuable to be squandered on the frontlines. He was appointed as a war correspondent, working to boost the morale of both the army and the people. Witnessing the horrors of the Eastern Front left the young poet scarred. During the months he spent as a correspondent, Jalil wrote poetry in which he meditated on subjects such as the effect war has on ordinary people.

Musa was taken prisoner. There the Germans organized auxiliary units from the prisoners. Anti-Soviet sentiment was on the rise among the Russian prisoners. The Nazi regime had collaborators in the occupied territories of the USSR. The option to organize such units was realistic as the prisoners were disgruntled with the Soviet leadership and the general lack of essential supplies during wartime.

Musa Jalil was appointed to serve with the Volga-Tatar Legion, due to his ethnic background. He used an alias name, Gumerov, as he would have been executed if the Germans had learned of his real identity. An execution of a poet held great symbolic potential, for he was the one who drove the morale of his countrymen.

Jalil held his cover intact and managed to infiltrate the Wehrmacht propaganda unit, which printed out anti-Soviet posters and leaflets. Around the printing presses of the Reich, he started to rally conspirators.

He was determined to undermine the German authority within the Legion and stage a coup when an opportunity occurred.

He wrote and printed pamphlets right in front of the watchful eye of the Germans. Agitation was Jalil’s specialty, and he won the hearts of his countrymen through careful planning and inspirational speeches he held in secrecy. It was a very risky endeavor as he could easily have been betrayed. When the Volga-Tatar Legion was sent to the Eastern Front, they mutinied and executed their commanding officers. They then defected to the Belarus partisans who were under the direct control of the Red Army.

Jalil’s plan had worked, but he was discovered and arrested by the Gestapo together with twelve of his comrades on August 10, 1943. The poet was sent to the Moabit prison in Berlin where he briefly shared a cell with a Belgian resistance fighter called André Timmermans.

His execution was prolonged, and he wrote poetry to keep his mind from the reality. Musa Jalil compiled his verses in two notebooks, both of which were miraculously preserved by his friends.

Jalil’s Belgian cellmate saved one notebook that made it back to the Soviet Union. The other was preserved together with the writings of another imprisoned poet of Tatar descent. Gabbas Sharipov and Nigmat Teregulov were responsible for the safekeeping of the other notebook, but they were imprisoned after the war, as they were accused of treason.

Jalil was also charged with treason after the war as his work in creating the mutiny by the Legion was unknown to the Soviet authorities.

It was not until 1953 that the Moabit Notebooks were published after the Tatar writers together with the Tatarstan department of security urged an investigation which revealed Jalil’s underground activity during his capture.