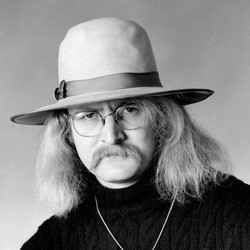 Richard Gary Brautigan (January 30, 1935 – ca. September 16, 1984) was an American novelist, poet, and short story writer. His work often employs black comedy, parody, and satire. He is best known for his novels Trout Fishing in America (1967) and In Watermelon Sugar (1968).
Brautigan began his career as a poet, with his first collection being published in 1957. He made his debut as a novelist with A Confederate General from Big Sur (1964), about a seemingly delusional man who believes himself to be the descendant of a Confederate general. Brautigan would go on to publish numerous prose and poetry collections until 1982. He committed suicide in 1984.