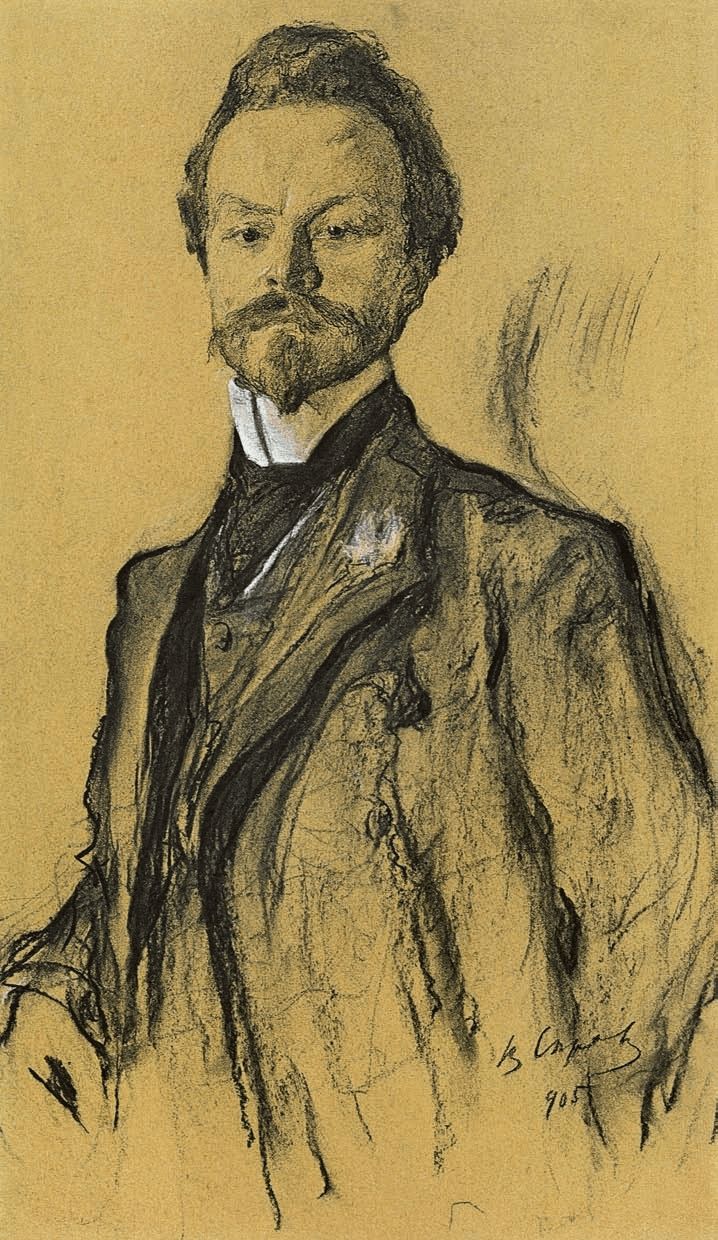 Konstantin Dmitriyevich Balmont (; 15 June 1867 3 June – 23 December 1942) was a Russian symbolist poet and translator. He was one of the major figures of the Silver Age of Russian Poetry.
Balmont's early education came from his mother who knew several foreign languages, was enthusiastic about literature and theater, and exerted a strong influence on her son. He then attended two gymnasiums, was expelled from the first for political activities, and graduated from the second. He studied law at Moscow State University, but was quickly expelled for taking part in student unrest. He tried again at the Demidov Law College, but dropped out in 1890.
In February 1889 he married Larisa Mikhailovna Garelina; unhappy in marriage, on 13 March 1890 Balmont attempted suicide by jumping from a third-story window, leaving him with a limp and an injured writing hand for the rest of his life. He was involved in two other common-law marriages and attempted suicide a second time later in life.
He wrote poetry and prose prolifically and published his works to wide audiences in Russia, where he emigrated from after the Bolshevik revolution, and to a smaller audience in exile. He also translated works of writers in several other languages, including the works of Edgar Allan Poe. He was thought of as an innovative poet and enjoyed friendships with many of his fellow Russian emigrant poets. He died from pneumonia in France in 1942.