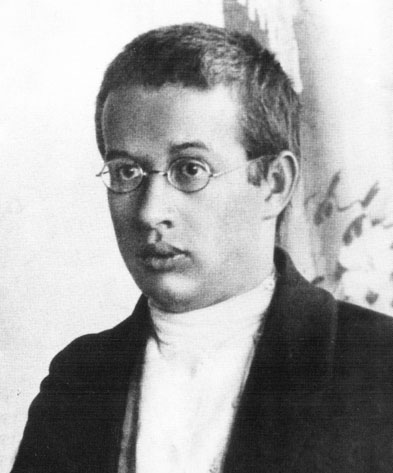 Muhammetfatykh Zarifovich Amirkhanov was born on January 1, 1886 in the Novo-Tatar settlement in the family of the imam of the Iske Tash mosque. The family of the Amirkhanovs ascended to the Tatar murzes of the Kazan Khanate and was famous for the dynasty of prominent Muslim clergymen preaching in various auls and, of course, in the provincial center.

The grandfather of the future writer Khusain Amirkhan from the beginning of the XIX century headed one of the largest Muslim communities in Kazan, was an outstanding historian who studied the Bulgaro-Tatar past, life and deeds of the great representatives of the Islamic world. Father of Fatikh Amirkhan - Mukhamedzarif Khusainovich Amirkhanov was known as a progressive mullah, a supporter of new trends in national life. However, these family traditions have always been particularly revered, and the children were brought up strictly in accordance with the requirements of religion. Therefore, the childhood of Fatikh passed under the fascinating reading of the Koran and the good instructions of the mother - Rabigi Abistai, an enlightened, good-natured woman, a worthy companion of the Muhamedzarif.

Having studied for two years in the parish mectebe, Fatih in 1895, at the insistence of his father, went to study in the madrasah "Muhammadiyya" - the largest new school in Kazan, run by a friend of M.Amirkhanov - an outstanding religious figure and teacher G.Barudi. Fatikh Amirkhan received an excellent theological education, as well as excellent knowledge in the literature of the East and its history. In addition, he acquired the skills of the Russian language and began to be interested a few of secular sciences. Our hero began to be interested in Russian culture. He showed curiosity both to the Russian and to its European bases. The future writer began to ask questions about the main reasons for the lag of Eastern civilization. By character, being a leader, but at the same time an enterprising person, he rallied around himself a group of people who also felt that the framework of a religious school for them is tight.

In 1901, together with his friends, he organized a secret circle "Ittihad" ("Unity"), aimed at radical reform of madrassas, improvement of material and living conditions of students. Among the publications of the manuscript magazine, holding large gatherings of obstinate pets "Muhammadiyy" carried out in 1903 one of the first national theater productions, playing in the madrasah, in the absence of his coach G.Barudi, a play based on the play "The Unfortunate Youth".

This event was one of the first of its kind. Our hero continuously tried to fill the lack of knowledge. As a result, the future writer had a tutor. He became S.N Gassar - Social Democrat. Frequent communication with this person, as well as with H. Yamashev, caused our hero to have a keen interest in political life.

During the first Russian revolutions, when the word "freedom" sounded equally intoxicating in all languages and the shakird mobs of "Muhammadija" proudly wore red armbands, Fatikh threw madrasahs, plunged into the organization of the all-Russian movement of students "Islah" ("Reforma"). Now as a representative of the Tatar youth, and also critical of the position of the "fathers of the nation" - representatives of the bourgeoisie and clergy, who adhered to constitutional democratic views. All this finally worsened the relations of the young man with Mukhamedzarif Khazret, who very hard endured the "socialist" hobbies of his son, his dubious connections and the image of a secular way of life. In the spring of 1906 there was a final break, and Fatikh Amirkhan left his home. For some time, he lived in private apartments and rooms, continued to participate in the Shakird movement.

Fearing persecution, he leaves for Moscow. In 1905-1907 Fatih worked as a secretary of the magazine "Terbiete-Etfal" (Education of Youth) in Moscow. On the pages of this publication appear the debut journalistic experiences of our hero. The first of his stories - "Dream on the eve of the holiday" - was published in October 1907. In this work it is a question of a secular national holiday, which is dominated by social and international harmony. Soon, having established a normal relationship with his father, Fatih Amirkhan returns. Kazan, he visited in 1907. He managed to once again become the leader of youth. However, there was a tragedy. In the same year, August 15, Amirkhan became ill. He was in the hospital. The diagnosis is paralysis. The disease riveted the writer to a wheelchair. Only the character, will, support of parents and friends allowed him to return to creative and social activities. In 1907 he organized the weekly newspaper "El Islakh" in Kazan, probably the most courageous and uncompromising national edition of that time.

In October 1908 F. Amirkhan first met with G.Tukay, who came from Uralsk. Since that time, personal friendship and creative cooperation of two bright talents have begun - in the newspaper El-Islah, and after its closure in 1909 - in the journal Yalta-Yolt (Zarnitsa).

For a number of subsequent works of F. Amirkhan, in particular the famous novel "Fathulla Khazret" (1909), it became characteristic along with the merciless, often unfair mockery of the clergy, to create an artistic utopia about the happy life of the Tatars, where there was a place for culture and for technological progress , and for Islam. Of course, some radicalism of the writer can be explained by his youth, the desire for quick and unconditional changes and simply inexperience. A huge popularity brought the writer works that are devoted to spiritual searches of Muslim Tatar youth in the conditions of the revolutionary and national movement.

We should mention separately the story "Hayat", the novel "At the Crossroads", as well as the drama "Unequal". These works were for the most part created on the basis of vital facts and personal impressions of the author. In them he revealed the world of doubting, meditating and restless representatives of youth who are not ready, even in the name of a tempting dream, to break forever with faith, traditions and their people. Thus, in the soul of our hero, there has been an evolution towards national and liberal values, the idea of consent and public tranquility. The writer did not accept the revolution. He was looking for beauty and harmony in everything, so he wrote with pain and indignation about the rampant crime, ruin, undeserved privileges, neglected monuments, immoral behavior of leaders.

The untimely death of Tukai changed a lot in the life of Fatih. Friends left, youth went away, people around him changed. The story that happened before the eyes of the writer already gave rise to the first generalizations, for the reassessment of unshakable, seemingly views. In 1912 he began to cooperate in the newspaper "Koyash" ("Sun"), published by merchants brothers Karimovs. And the point here is not so much that the former rebel was in the same camp with his eternal opponents as in a noticeable change of ideological landmarks. Still retaining a remarkable critical, satirical skill, F. Amirkhan tried to be more balanced in assessing people and events. In the first place for him, not only the social or age group, but the unity of the nation, the issues of preserving and developing the language, culture, religion and identity, have now come forward.

Rare public appearances of the master met with enthusiastic applause and grew into improvised literary and artistic meetings. The poet Hadi Taktash even called the writer "Khan of literature". Of course, such popularity and the "suspicious" public position could not please the authorities. In the twenties vulgar sociological articles began to appear in the press accusing F.Amirkhan of all mortal sins. Although a seriously ill with tuberculosis writer, he could hardly be broken or morally destroyed. He already suffered many personal losses in his life: the death of his parents, the untimely death of many friends of his youth, an unrequited and tragic love for the daughter of the Peculiarity of the Polish Ishman Shamsennis Kamalova.

With sincere joy, Amirkhan met the February Revolution. In 1920 he welcomed the formation of the Tatar ASSR.

Last days the publicist lived in a house at the intersection of Bolshaya Krasnaya and Zhukovskogo streets (# 12/46 in Zhukovsky Street) in the family of his brother, Ibrahim Amirkhan, deputy chairman of the court. An incurable disease (he was paralyzed both legs), the upheavals from the world war of 1914-1918, the Civil War, the famine in the Volga region lead Amirkhan to mysticism, which does not leave him until his death.

He died on March 9, 1926 and was buried in a Muslim cemetery next to the graves of his father, uncle and grandfather.

Today, unfortunately, for many Kazan, the writer's name is associated only with the noisy prospect of Amirkhan. In recent years, his works have hardly been republished, there is still no literary museum, there are no memorial plaques on the houses in which he lived. His homeland - Novotatarskaya Sloboda in a deplorable, dilapidated state. Probably, it is here that it is necessary to create a historical and memorial complex dedicated to the genus of the Amirkhanovs, whose representatives made an invaluable contribution to the history and culture of the thousand-year-old Kazan.