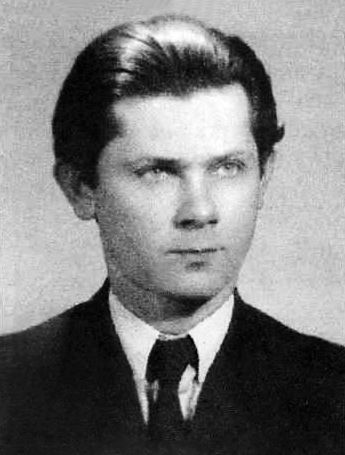 Zbigniew Herbert AUDPl-Zbigniew Herbert.ogg'zbignief-'herbert (29 October 1924 – 28 July 1998) was a Polish poet, essayist, drama writer and moralist. A member of the Polish resistance movement, Home Army (AK), during World War II, he is one of the best known and the most translated post-war Polish writers. While he was first published in the 1950s (a volume titled Chord of Light was issued in 1956), soon after he voluntarily ceased submitting most of his works to official Polish government publications. He resumed publication in the 1980s, initially in the underground press.
Herbert claimed to be a distant relative of the 17th-century Anglo-Welsh poet George Herbert.
Herbert was educated as an economist and a lawyer. Herbert was one of the main poets of the Polish opposition to communism. Starting in 1986, he lived in Paris, where he cooperated with the journal Zeszyty Literackie. He came back to Poland in 1992. On 1 July 2007 the Polish Government instituted 2008 as the Year of Zbigniew Herbert. In 2013, the Zbigniew Herbert International Literary Award was established in honour of the poet and his literary legacy.